USDA inspectors are conducting Inspection on-site in India in 2022 and approving the fruit for export to USA. An understanding has been reached between India and USA to sign a protocol for Treatment-on-Arrival for Indian mangoes (an pomegranates) this season. Once we got the approvals, the whole logistics and supply chain had to be revived as there had been no import of mango from India for the past 2 years.

Alphonso Mango: Season started about 2 weeks later than expected in Ratnagiri- we got our first shipment last week of April and the Ratnagiri season is likely to end the first week of May. Devgad alphonso season is early this year and alphonso from the Pune belt is on schedule first week of June. Fruit is affected by the high heat and extreme weath, we see some sponginess in the fruit (at least about 5%).

Mancurad Mango (from Goa): Mancurad matured very early this year and had a short season. In addition, high heat and rain resulted in farmers harvesting it quickly. We had planned for later shipments so had to stop taking orders early.

Payri: Finished early in the Goa belt, but still developing normally in other regions. We had to skip Goa and get it from the other areas.

Andhra mangoes: Expected to be ready first week of May, but fruit matured end of May. Heavy rains have resulted in lesser yield. Season expected to end 3rd week of June for Banganpalli. Chinna rasalu season was a washout. Peda rasalu and Himayat season is good. Mallika, Totapuri, Malgova are about a week late. Neelam seems to be on track to be ready second week of June.

Langra, Dussehri: Expected to be ready from different regions in June. Malihabadi dussehri and Banarasi Langra will be ready after mid June, but it is still not clear if Treatment on arrival will be in place to airlift the fruit from Lucknow to USA. We are urging Uttar Pradesh Government to take this up with APEDA so that protocol for Treatment on arrival so that we can bring the fruit here.

Sindhri: Sindhri starts first week of June and is on schedule. 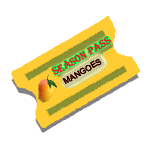 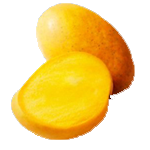 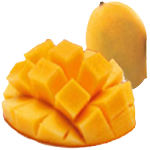 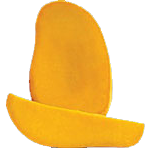